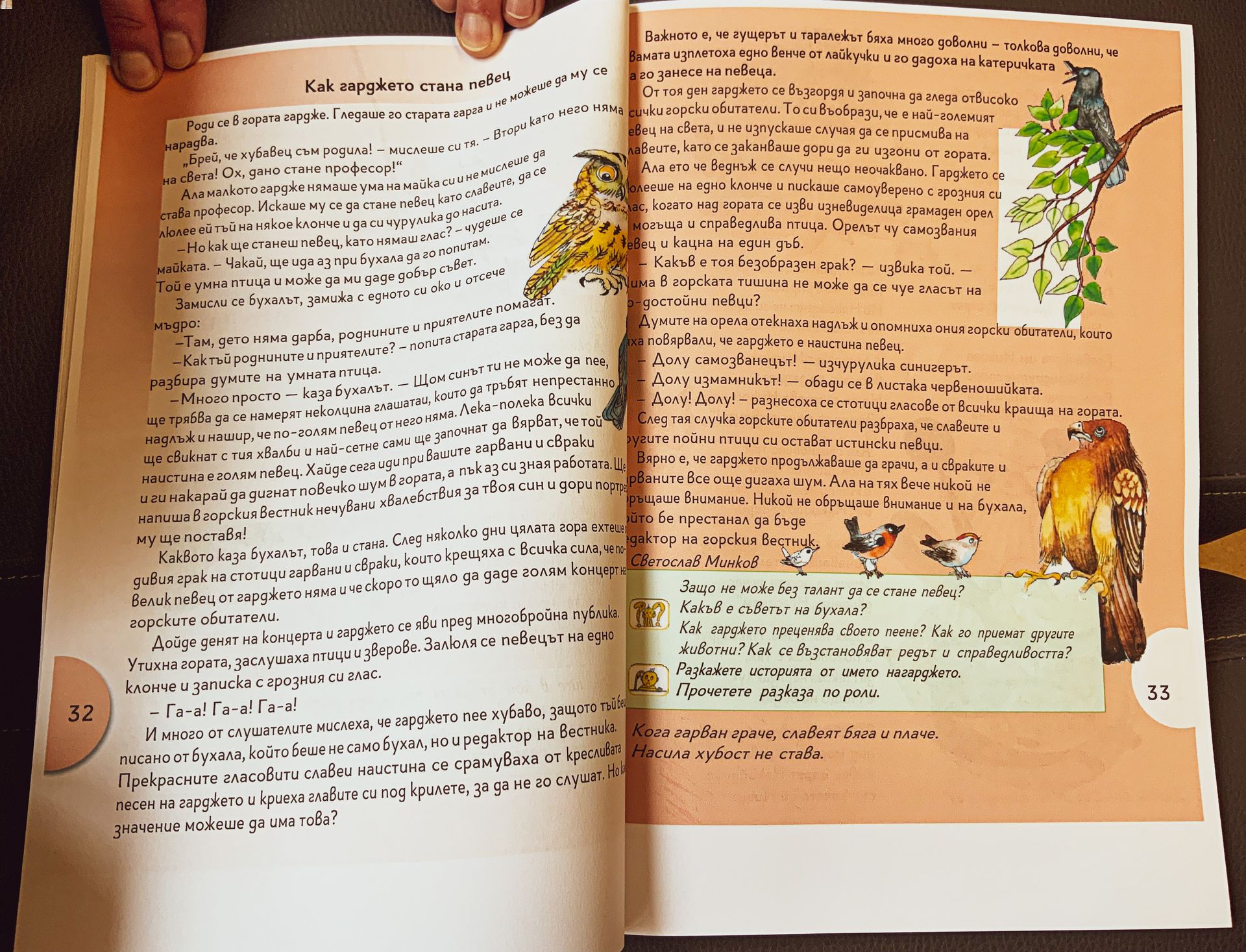 A short story about the determination and diligence of the speech therapist and PhD student Teodora Yaramova, which reveals impressive results of the Adys font used in the textbook “Reading Book” for fourth grade for one school year.

My first “meeting” with Theodora was in the fall of 2018 through the contact form on the site adysfont.com. In her message, she asked if it was possible to read an e-textbook (to be visualized) in Adys font. Since the publication is owned by Prosveta, I answer that this is possible, as long as the publishing house downloads the free package and reformats the textbook. A few days later, she replies that she has found a way to do it herself and will work with two of her students with specific language disorders that affect their writing (reading, writing). Later, at the beginning of 2021, in a collection of the National Conference “Education and Arts” 2020 of Sofia University was published a report with the results of the study conducted during the school year.

The standard method for testing the readability of a specialized font is measured by measuring the reading speed of a group of volunteers, the number of their reading errors, and the number of fixations in certain places in the words during the reading. The approach that Theodora chooses is completely different. It uses the Adys font as an assistive technology in a real environment to account for long-term use. The study included four students diagnosed with dyslexia who underwent 3 years of traditional training, received special educational approaches and speech therapy rehabilitation of the communication disorder, but still have difficulty reading. The participants are divided into two groups. The first – two students – uses the adapted textbook during one school year as – works with teachers in the classroom, with a speech therapist during the sessions, with a resource teacher during classes and with a parent at home. The second control group (two students) is working on the established long-term correctional and therapeutic plans and speech therapy.
Probably a small group of participants may question the seriousness of the study, but a few facts need to be considered.
First of all, the number of actually established and confirmed cases of difficulties in the spectrum of dyslexia among students is small due to insufficient capacity for recognition and diagnosis.
Secondly – parents and relatives of the participants in the first group give their consent to their children to stop a familiar therapeutic program and to trust a new, unknown approach, which currently can not empirically guarantee them results.
In third place is the technical issue – the reformatting of the textbook is carried out on the independent initiative of Teodora Yaramova, without the assistance of a specialist or publishing house “Prosveta”.

At the end of the year, the results of fourth-graders related to reading skills are reported. And the results are impressive! Theodora points out:
“Using Adys font has a positive effect on reading ability and is effective, especially for students with severe disabilities.”
“After its implementation, facilitated reading activity with increased comprehension is reported, in addition, the ability to learn and work with text is improved.”
“Soon after the introduction of the adapted textbook, the overall motivation for school work increased.”
“The other positive impact is the improvement of the decoding ability in general.”
“The method affects their motivation for both reading and school work in general.”

The reported positive result in the application of Adys font in its real environment shows the potential of its application on a larger scale. The idea of ​​creating and applying a specialized font is primarily to achieve quality results in the learning process through reading, and not just improve the speed of reading in dyslexics. For this reason, it should be noted that the research approach is more correct for measuring its effectiveness compared to tests that take into account the duration of reading and the number of fixations in the text. It is especially positive to report a more positive attitude towards the learning process as a whole.

The results of this report suggest that the Adys font has proven effectiveness as an assistive technology for dyslexics and makes it easier to read. And what would be the overall effect if the Adys font was widely used in the learning process? I believe that we will soon have the opportunity to find out.

Later I had the opportunity to personally meet Theodora and thank her for her hard work and diligence, which prove the effectiveness of Adys in a real environment!

sources:
Yaramova, Teodora. 2020. ‘Compensating for dyslexia by reformatting textbooks with a specific font’. Education and Arts: Traditions and Perspectives: Proceedings of the Scientific-Practical Conference Dedicated to the 80th Anniversary of the Birth of Prof. G. Bizhkov. University Publishing House ‘St. Kliment Ohridski ’.

A special font that
facilitates people with mild to moderate
dyslexia.